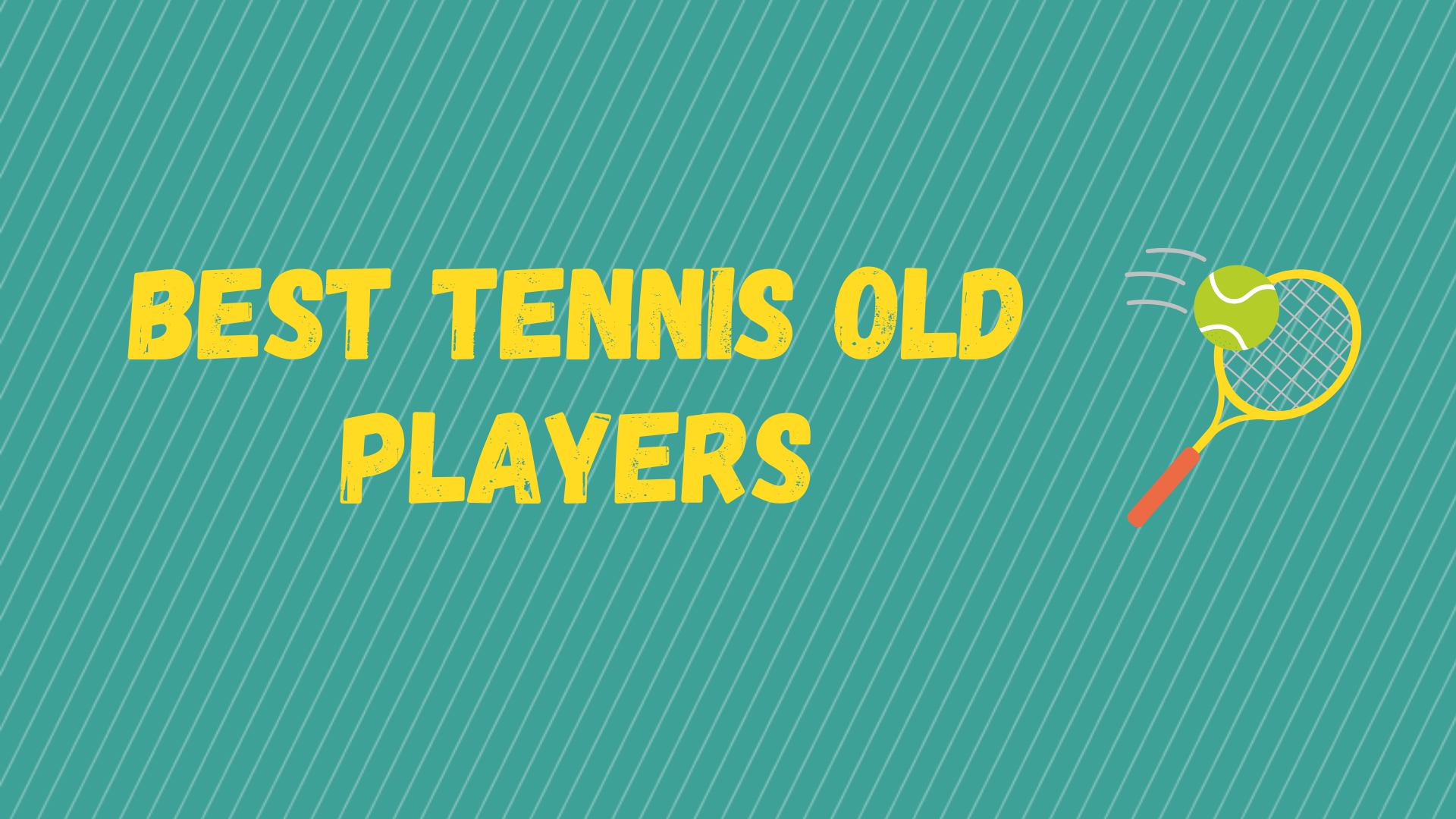 Tennis is an international game. It has been playing since 1873. This game was invented by Major Walter Wingfield. It earned good fame very quickly. 20th Century has born a lot of outstanding tennis players. You have just heard their names. In this article, you will come to know about their successful career very briefly. What were they, and how many have they earned medals? All of such questions will be eliminated after reading this article. 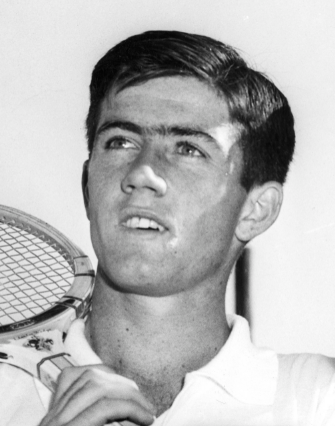 Kenneth Robert Rosewall is well known as “Kenn Rosewall”. He was born on November 4 1934 in Australia. He started his professional tennis career in 1957. He played his first tennis match with “Pancho Gonzales” on January 14, 1957, in Melbourne. Kenn did not win this match as Pancho Gonzales was a very famous and talented player at that time. Although “Pancho Gonzales” won the tournament, but the last match of the tournament was the first victory of Rosewall in his career.

Over time, Kenn continued his practice regularly to become a perfect Tennis Player. Rosewall was the most famous, talented, and agile tennis player in the 1960s. In the 1960s, he became so much famous. He was on the top of the list player in some rankings. He had won Pro Grand Slam titles at the same time in 1962-1963.

In 1971, he won the title of the Australian Open Grand Slam tournament with an outstanding performance. In this tournament, he did not drop even a single set during the whole tournament. Kenn had won so many world professional championship tours and WCT titles from 1963-1972. Kenneth Robert Rosewall had retired from his services in the 1980s, and now he is living with his family in Northern Sydney Australia. 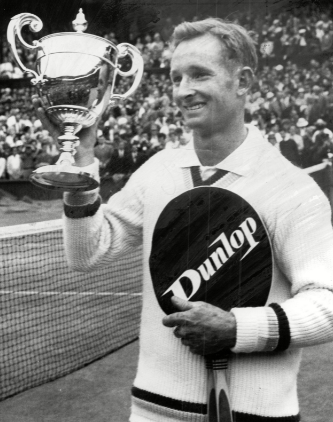 He had broken the record of Roy Emerson of winning every Grand Slam two times. Laver was very fast, energetic, and fervent. Once he was banned by the board to play tennis for five years. He did not abandon to play the game. He kept on practice regularly. When he came back, he won 11 Grand Slam singles titles simultaneously.

It showed his willpower, determination, and devotion to Tennis. He retired in 1979 after the completion of his great sports career. He would never be forgotten. Laver Cup Tournament and the Rod Laver Arena were named after him to appreciate his commendable services for the Tennis Sport. 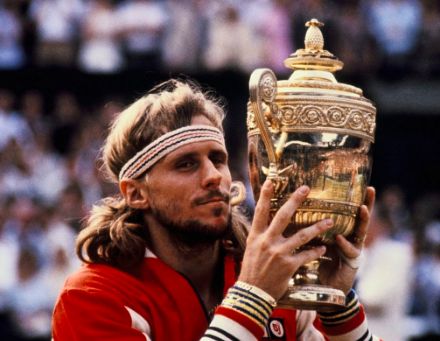 Bjorn Rune Borg was born in Sweden on 6 June 1956. Bjorn Borg was the most prominent tennis player of Sweden. As a talented sportsman, he had earned a lot of fame through his short career. He was retired from his services when he was just 26 years old. But he made a tremendous history of victories in his short career. He had started playing tennis at the age of thirteen.

Bjorn Rune Borg appeared four times in US Open Finals, but unfortunately, he never succeeded to win even a single final in his life. He announced his retirement in January 1983. It was shocking news for his lovers. He gave up his tennis career at the age of 26 and started his own fashion business by his name in Sweden. 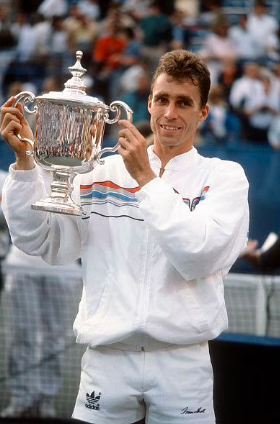 Ivan Lendl was an American Tennis player. He was born on March 7, 1960, in Czechoslovakia. He was a very hardworking, active, and talented player. He remained the No. 1 tennis player for several years. He had won so many tennis championships and tournaments. He was fond of playing tennis since his childhood. He had played his first match as a junior player and became the No. 1 ranked junior player in the world.

He started his professional career in 1979 and won the top-level singles final. In 1980, he made tremendous history by winning the seven singles titles simultaneously. He proved himself a leading force behind Czechoslovakia’s tennis team. In 1986, he was banned to play by the country.

It was a great loss for him, but he did not lose heart. He moved to the United States and continued his career again there. Ivan Lendl had won Grand Slam titles, Tournaments, and many other championships in his life. Since 2010, he has been giving his services as a Tennis Coach for different teams. 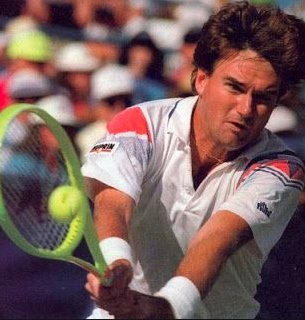 James Scott Connors well known by Jimmy Connors name was born on September 2, 1952, in the United States of America. He was a famous Tennis player since his childhood. He started his sports career at the age of 12 years and won the Junior Orange Bowl. He began his professional career in the early 70s and earned a good reputation. He was the best player of America and the No. 1 tennis player in his time.

He had maintained his position for 3 years in the world continuously. You can well estimate his professionalism by his winning matches. He had played 1557 matches in his career, and 1274 matches were won. He had won the Australian Open, French Open, Wimbledon, Us Open Grand slam Singles, Tour Finals, WCT Finals, and Davis Cup with the outstanding competition.

All of these titles had made him the World No. 1 Tennis Player. He was awarded by ITF World Champion, ATP Player of the Year, and ATP Comeback Player of the Year in different eras. James Scott Connors retired from his services on April 29, 1996. He will always be remembered for his useful services for Tennis as a Coach and player. 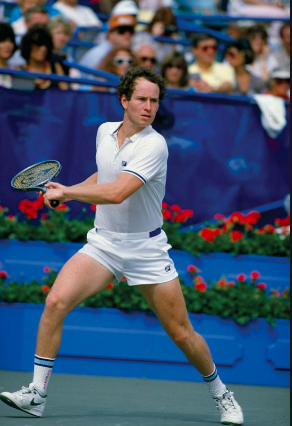 John Patrick McEnroe Jr. was a famous American Tennis Player. He was born on 16 February 1959 in the United States of America. McEnroe used to play singles and doubles tournaments. He had won 77 singles and 78 doubles titles in his tennis career. He played his first match in 1977 when he was 18 years old. In this match, he played at the French Open with Mary Carillo and won this match.

This victory made his way to win the leagues and championships. He won the Wimbledon Doubles title with Peter Fleming and US Open title in 1979. With the emergence of 1984, McEnroe made a pile of victories. He won 13 Singles, Wimbledon, and US Open tournaments in the same year. March 3, 1980, was the day of McEnroe’s struggles’ reward. On this day he became the world No. 1 tennis player.

He kept on continue his struggling and succeeded to maintain this position for 3 years. John McEnroe will always remember for his glorious victories of doubles. He had won the title of the best doubles play in the World for five years. In 1994, he decided to retire from his professional tennis career. 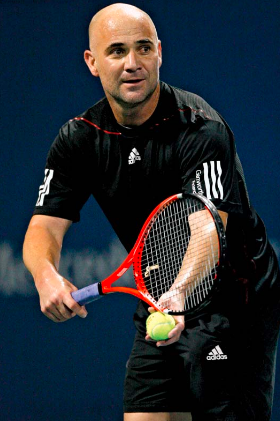 And Kirk Agassi was a well-known professional tennis player. He was born on 29 April 1970. He retired from his sports career in 2006. Agassi was a very talented and famous player in the world. He had made a lot of singles and doubles victories throughout his career. He had won the title of Grand Slam Champion eight times and remained the Olympic Gold Medalist in 1996.

He had won the Australian Open title four times and remained No. 1 ranked till 2015. Agassi was an all-rounder player. He played at the same time on hard, clay, and grass courts. Once he had won four Grand Slam tournaments simultaneously. He had won the Tour Finals, Olympic Games, French Open, and US Open titles several times.

Agassi had played against all superb tennis players like Sampras, Chang, Becker, Rafter, Federer, Lendl, and Edberg, and defeated all of them. He had played in different team competitions and won Davis Cup several times. Agassi was a professional player, and he always plays with professionalism.

All of these players are the best players of all time. They have made history and a way of success in their lives. They are the inspiration for the new generation. 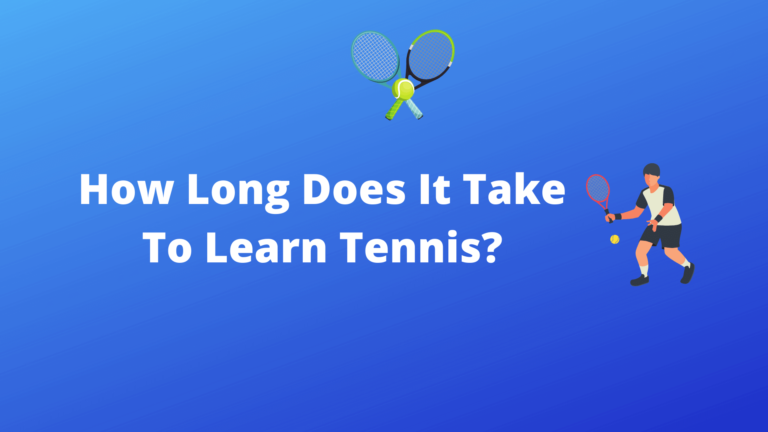 Honestly, Tennis is not just a way of fun it the sport that demands the heavy practice of years. Everyone can play tennis but not able to become skillful too early. Tennis sport involves lots of techniques and shots that a player can learn with time. No one can become a pro tennis player in… 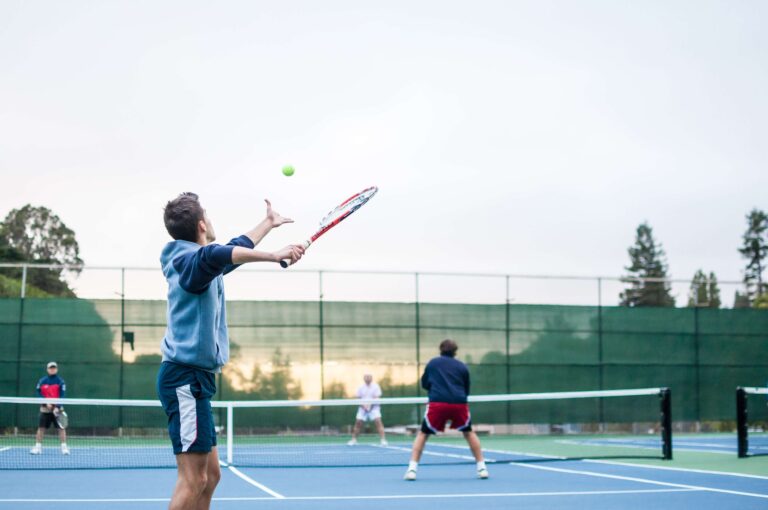 Today’s discussion is going to be a very crucial lesson about increasing the Tennis Serve Speed. To increase your tennis serve speed, you should know that what should be the speed of your service. I have got a powerful serve lesson today. That is going to go over what you can do with your off-hand… 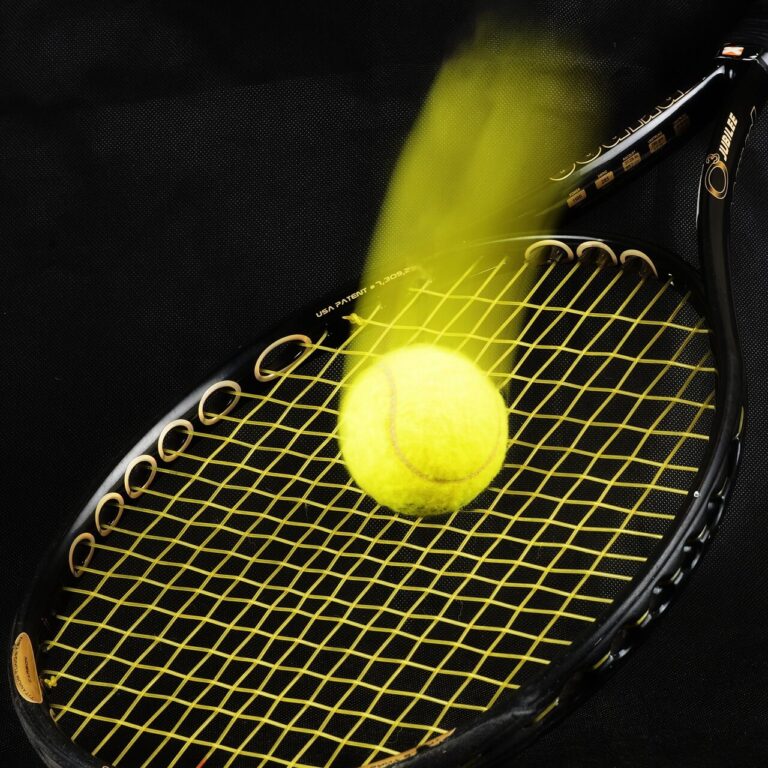 Guys, it is great to know that you are here to learn tennis. And this is genuine truth that nobody can learn on his own. Everybody has to take tennis coaching classes or follow the tennis tips instructional videos to become a good skillful player. As tennis involves plenty of techniques and shots, so it… 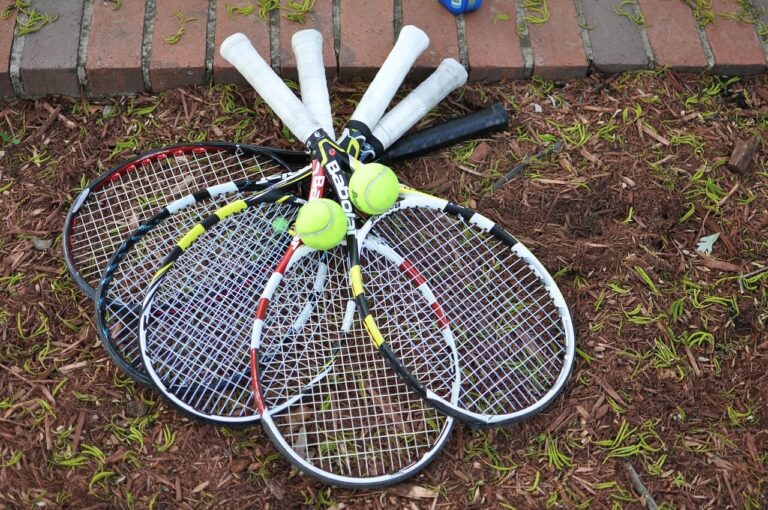 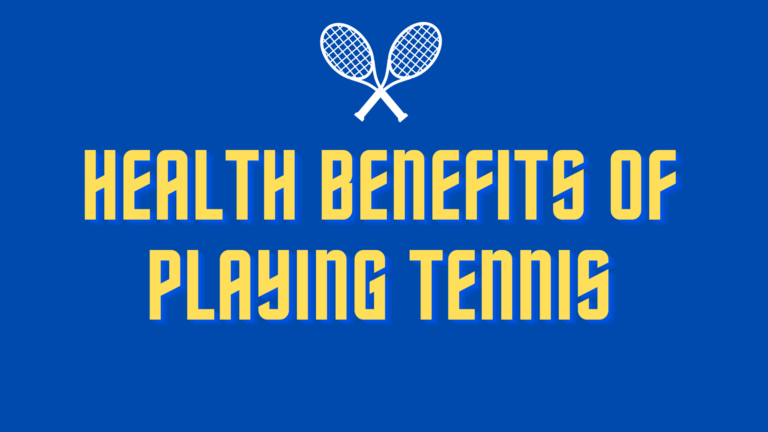